I guess I have never considered myself to be super patriotic and, if you have been reading my posts lately, I am currently pretty disillusioned with the whole United States political system in general. That said, days like today give me a chance to pause, reflect and re-engage.

America is still regarded as the greatest country on the planet, with the best overall standard of living, the best educational system, the best/most stable economy – the best place to “simply be.” America is the country where “Dreams come true.” Our country was founded on the notion that all men – and women – are created equal. We profess to have the greatest civil liberties of any country on earth yet America’s gays and lesbians are, by and large, still treated like second class citizens. Oh sure, we endure “polite” elevator speeches about gay and lesbian rights and equality but the fact is you can still be fired from your job just for being gay or lesbian in many states, less than 20% of the states offer some form of marriage “equality” for us homos and we STILL cannot sponsor our foreign partners for immigration. Those are just three of the hundreds of rights currently denied gay and lesbian American citizens. 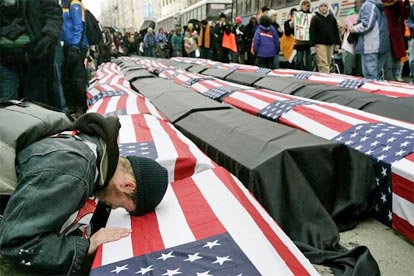 According to web resources, Memorial Day is a national holiday to honor those brave men and women who have died in the service of our country, protecting all that makes America great. I definitely cannot speak for any of those soldiers, nor do I want to put words in their mouths but I imagine quite a few of them would be disappointed with the America we have today – which, in my opinion, is NOT the idealized America they died defending and protecting.

I was fortunate to be spared military service but feel I have contributed much towards making America a great country. I do all the things every American should do – obey the laws, pay taxes, rah-rah on patriotic holidays. But I also believe in the American ideal enough to have opened a small business, to have invested in the local and national economy and to be the best “ambassador” I can be for my city, state and country to the world at large. I am politically-involved and work very hard to make sure that eventually ALL Americans, regardless of age, race, ability, gender or sexuality, are treated fairly and equally. I feel we as a country are doing these fallen soldiers a great disservice by STILL quibbling over gay and lesbian equality/rights. These men and women died so ALL Americans could enjoy the same rights, treatment and privileges under the law, including gays and lesbians.

Today has re-energized my spirit to pursue that same goal, albeit in a non-combat setting. Or maybe not – I sense a huge battle coming in America. Maybe I have been a soldier all along, training and waiting for the big battle yet to come…